The François tomb of Vulci is one of the most important monuments of the Etruscan civilization. He came discovered in 1857 by the archaeologist Florentine Alessandro François. It was done in the 4th century BC with a structure complex of nine chambers excavated at 15 meters of depth. The great peculiarity of the hypogeum is in its pictorial cycle, with frescoes that decorated it the vestibule and which were detached shortly after the discovery. On the left side and on the entrance wall scenes related to the myth were represented Greek (Phoenix, Nestor, Eteocles and Polynice, the sacrifice of prisoners Troiani, Cassandra, Sisyphus and Anfiarao) while on the right side they were frescoed events that brought back to the Etruscan world: from Vel Saties, the probable client of the tomb, in Marce Camitlnas. Gorgeous it is the emblematic painting that you find reproduced in this room that there tells the only page of Etruscan history written by the Etruscans and arrived up to us. This is the so-called battle of the kings (or struggle of heroes vulcenti) in which Aulus Vibenna and Mastarna defeat the Romans by liberating Celio Vibenna and taking power in Rome. Following this fighting Mastarna became the sixth king of Rome with the name of Servius Tullio. Currently the frescoes are part of the private collection of the Torlonia and are not accessible to the public. The François tomb can be visited by reservation at the Archaeological Park of Vulci. Inside the Museum of the Archaeological Research of Canino a reconstruction is visible a life size of the François vestibule with the reproduction copies of the frescoes made by Carlo Ruspi shortly after the discovery with the transparency technique. The only frescoed burial chamber beyond the vestibule is the back cell. The decoration is very simple but is still visible on the spot rectangles of three colors. In the bathroom serving this room we have recalled this decoration with a double row of colored tiles. 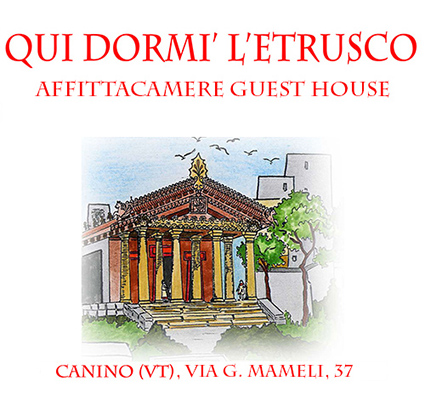